Trying to plan an army is never easy. Depending on what time of gamer you are it will vary wildly in how you go about it. Even more so depending on the type of game you are playing.

Forge World’s Horus Heresy is one of the largest (and most expensive) war games I think you can probably get involved with.  Which means it certainly helps to have plan in mind when starting an army! Now, to be honest, I had no real plans when I started my Iron Warriors. I was on a trip to Warhammer World and had just recently finished reading Angel Exterminatus which features Iron Warriors heavily. I was already doing Imperial Fists, but I had structured the army more to fit with 40k as I figured I would never get to play 30k proper. But when I was browsing the awesome shop at Warhammer World, on a whim I thought what the heck I’ll buy the Iron Warriors dread and some infantry with shoulder pads. Just a small force, it will be fun to paint up!

A couple years later I’m sitting at over 3500 points and my largest army I’ve ever done. Trying to figure out what I wanted, after the normal “tax” units such as some troops and an HQ, was pretty tricky. In 30k you have so many options and so many ways to build a list. I have never decided that I would build 1 type of list and that was it. I love options and the ability to change a play style even with the same army (30k giving you so many Rites of War makes this very easy to do). So what I ended up doing was mapping out a visual way to see all the things I wanted to get, mark what I have done or am working on! Trello offers this, but I wanted something more visually appealing. So I made this up in Google Sheets (excel).

I have found this to be a great way for me to plan out units I want to have, even if some are almost pipe dreams, and keep a good idea of what I actually have on hand and completed! Going forward I think I will do this with all my armies to help me plan them out. The formatting is a bit of a pain at first but overall this was pretty easy to do.

My Trello, if you are curious:

As you can see it is he same info, but presented differently.

Below is a shot of probably 3/4 of the army that is fully painted, used at this years LANtasy 30k event in Victoria. The army focuses heavily on artillery, as a proper siege army should! I typically run the Ironfire Rite of War with my army as I think it fits their Legion the best.

And some closeups from this army:

Contemptor Dreadnought 1 (this is the one I first bought from Warhammer World).

Second Contemptor Dreadnought (this is a Death Guard one that I converted). 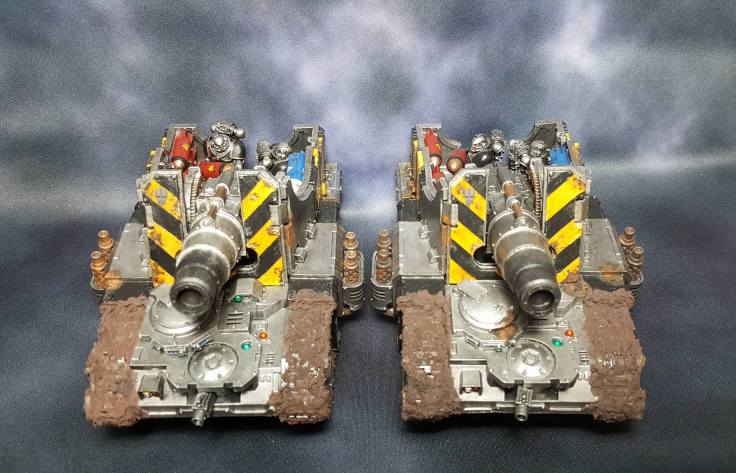 One thought on “Building a Legion – Iron Warriors”